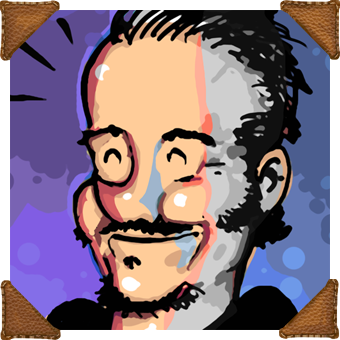 As promised, here is the interview with Peter! Enjoy!

Please tell us your name and your position at Rain!

What was your motivation to create Rain?

Well, mainly because I wanted to create video games, of course. I’ve always been fascinated with the mechanics behind the games, and I’ve always wanted to contribute to that. I also noticed that there were many talented people here in Bergen and I thought it would be a good idea to bring them together to make something great.

Creating my own workplace was also a big motivator. I wanted to be able to create video games on my own terms, and make video games I myself was enthusiastic about. And that’s really been the driving force behind Rain as well. We’re making games we want to play.

Can you tell us a little bit about the project you’re working on right now?

Dark Rain is actually our second project. Our first project, Minute Mayhem, was shelved due to funding issues.

Dark Rain is set in Croma, a world of our own creation. The game takes place in Elektropia, or more specifically its capitol, Teslagrad, a city that lives under a permanent thundercloud. Elektropia’s general feel and culture is meant to be a mix of Scandinavia and Russia.

You play a young boy who has to delve deep into his own past to uncover a secretive ancient order. It’s a platformer, with emphasis on exploration and puzzle-solving. The primary mechanics are magnetism and electrical energy. We’ve also had the opportunity of working with a physics engine, which is a fairly new concept in platforming.

The puzzle-platformer genre has become very popular over the last couple of years. Are you hoping this for this trend to continue?

I think variation in general is a good thing. I personally enjoy games that challenge me and encourage me to think. Having more games that work that way would be great.

Would you consider making a super hardcore version of Dark Rain in the same vein as I Wanna Be The Guy: The Movie: The Game or VVVVVV?

Actually, during the playtesting of Dark Rain, the levels that have been deemed too difficult are removed from the main part of the game and put into secret areas. So if you’re up to the challenge, they’ll be there for you to find, if you explore.

Can you tell us a little bit about Spillmakerlauget (Bergen Developers Network)?

Spillmakerlauget is a collaborative effort between several game developers in Bergen. We have monthly gatherings where we discuss our projects and hold workshops, and our most recent workshop was on motion capture. It’s a friendly environment where video games are the center of attention.

Right now we’re primarily based in Bergen but Trondheim and Oslo have also expressed interest in starting up their own branches as well. Our hope is to one day becoming a national organisation, and perhaps a Scandinavian organisation at some point in the future.

One of the main goals for Spillmakerlauget is to be an organisation that can speak on behalf of video game developers in the media. Video games in general have a tendency to be very poorly and, in some cases, negatively represented in that respect, and I certainly hope we can contribute to that being turned around.