Moving through a crack in the wall, we stop for another sudden shift in environments- A huge cathedral, specks of dust floating in the air illuminated by a row of stained glass windows. Through the imagery tiled in glass, we can decipher a fragment of the history of the Tower’s masters, the ancient Teslamancer order. 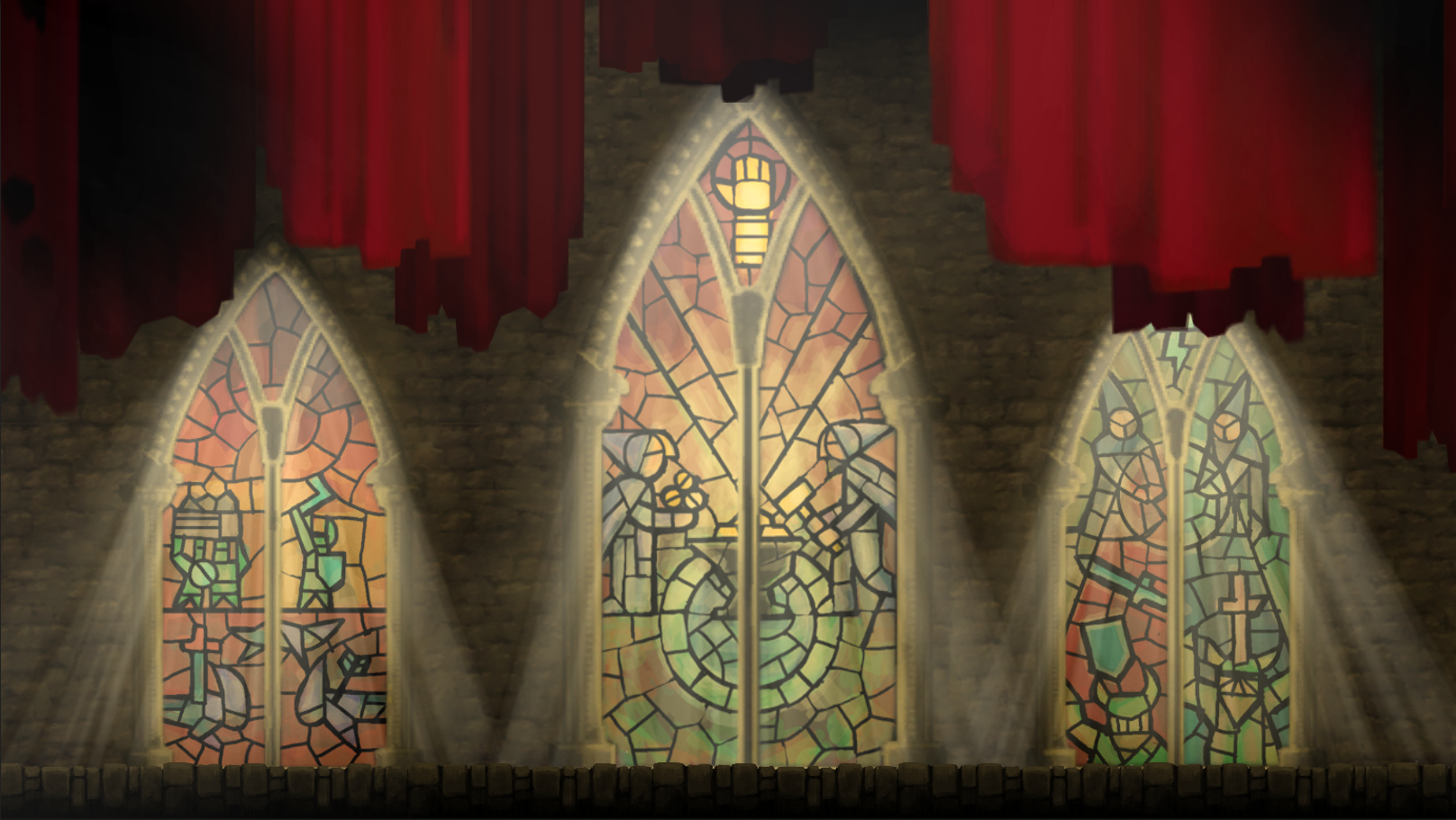 We see a story of prosecution and survival. Once a peaceful, small community of thinkers and inventors, the order suffered frequent attacks from barbarian tribes roaming the land.
They were forced to weaponize their technology to ward off the invading forces- the centerpiece of the stained glass imagery shows the creation of a golden gauntlet, capable of controlling the environment by adding positive or negative electromagnetic charges to nearby objects. 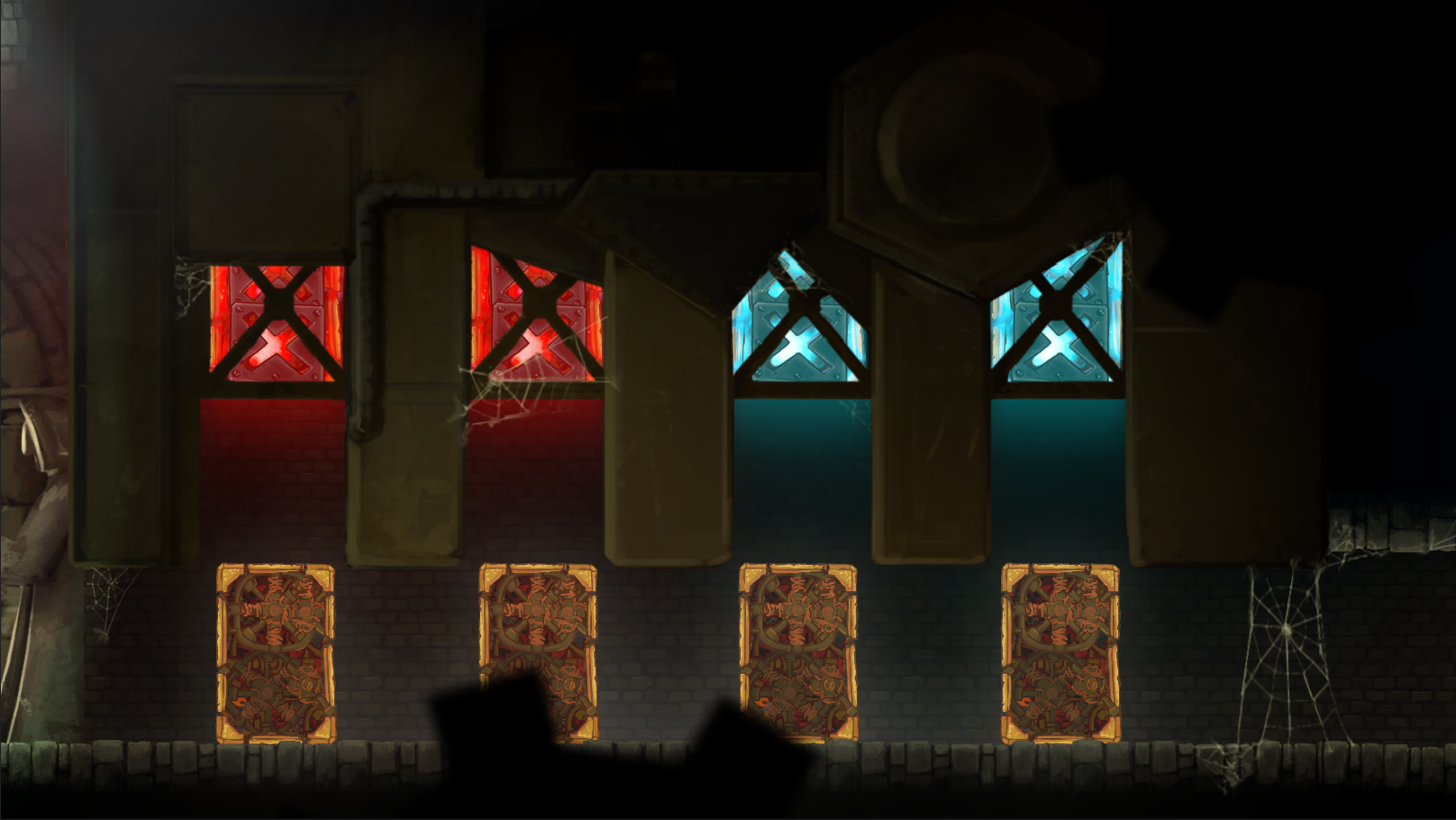 Moving onward, we encounter an a passage blocked by gigantic metallic cubes, impossible to bypass with human strenght alone. We have no option but to turn back.

Upon returning to the cathedral, our attention is grabbed by vines growing on the left hand wall- they look solid enough to climb, and continue upwards through holes in the roof. We see a faint glow emanating from above. 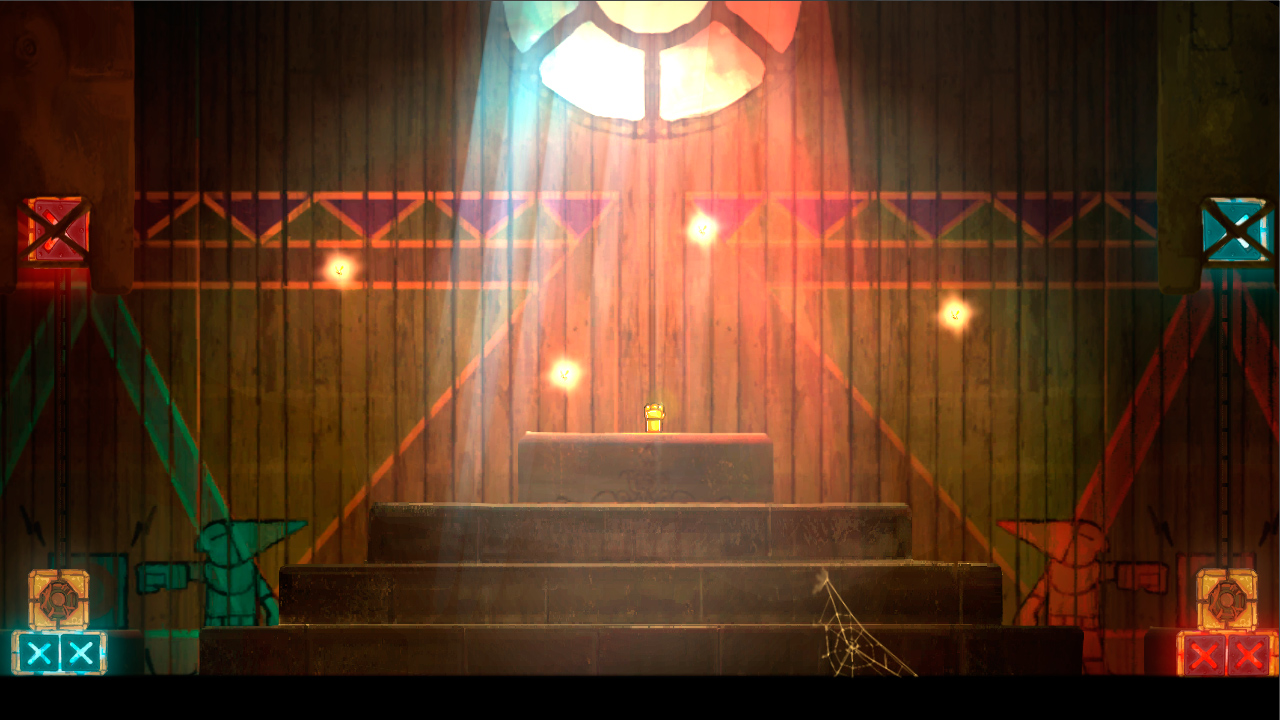 Climbing through, we discover a hidden chamber high above the cathedral. Upon a pedestal, gleaming in the light from a nearby window, we see a golden relic- the metallic gauntlet pictured in the stained glass imagery. Glowing insects circle the pedestal, seemingly attracted to the electromagnetic forces contained within the gauntlet. Clearly, this is the key to navigating the Tower.