As we venture deeper into the castle that form the foundation of Teslagrad’s hulking tower, we see that beyond the partial renovations seen in the previous post, things are in quite a state of disrepair.

Though whoever was here before is long gone, they’ve left the power running throughout the tower.
Plating emitting strong magnetic forces and diodes emitting deadly arcs of electricity have been placed haphazardly in this musty room, perhaps as a desperate measure to fend off the intruders- If we look closely at the crumling brick wall in the background, we can see the faint outline of a human figure turned to ash. 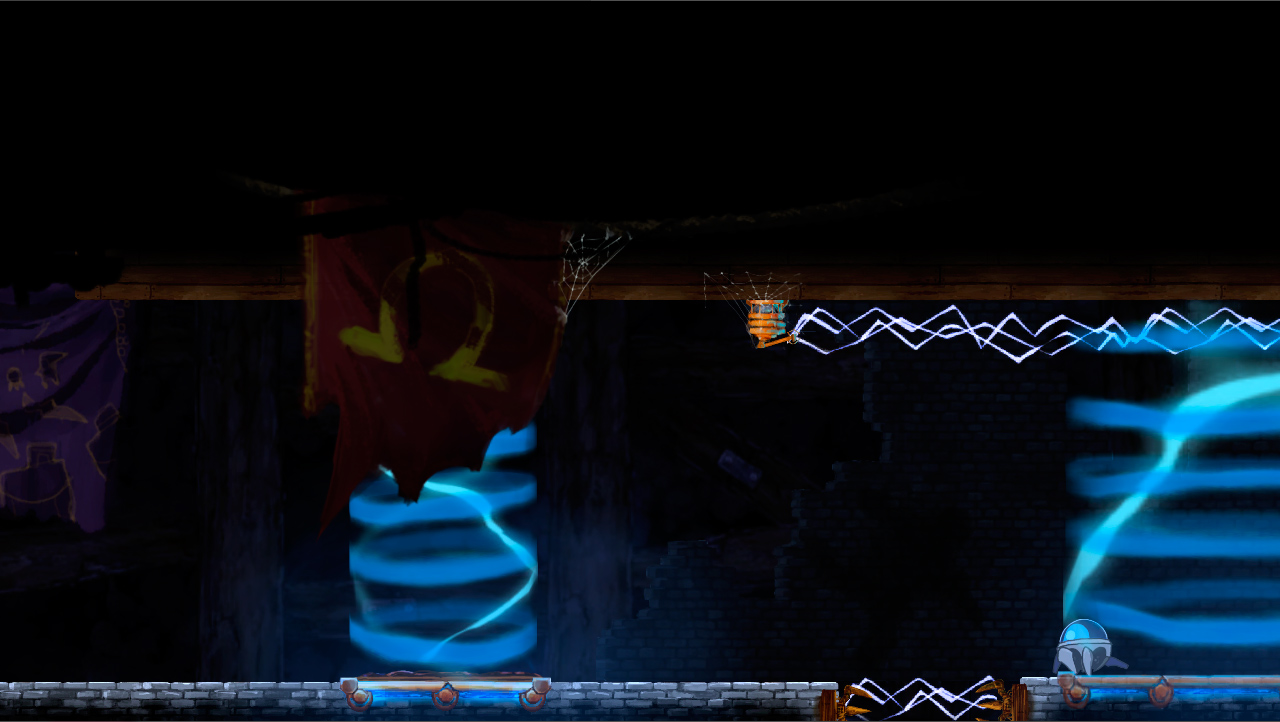 Tiny multipurpose robots (“voltwalkers”) appear from a protruding pipe at regular interwalls. These provide people and objects with a strong electromagnetic charge.
This can be useful for transportation and acrobatics in conjuction with the strong magnetic fields present in the tower- provided they’re not used in too close proximity to deadly arcs of electricity, of course. 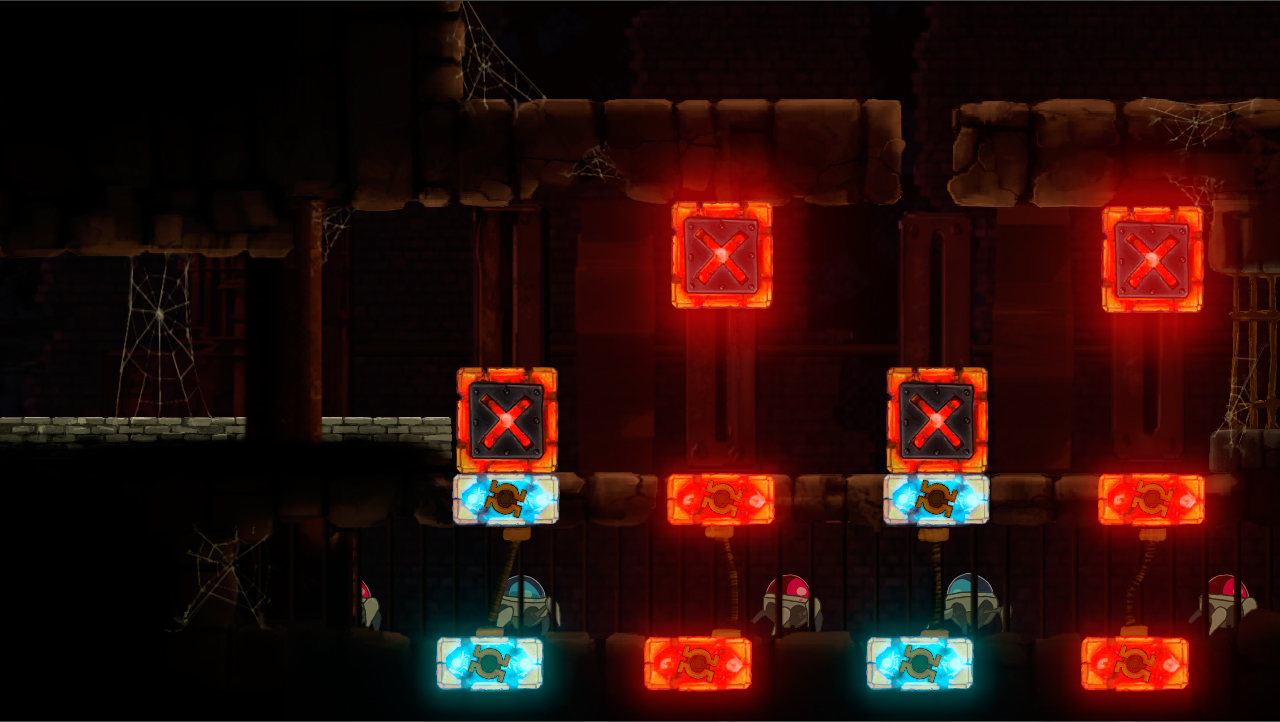 Moving forward, we come across a section of the tower that’s been crudely retrofitted to accomodate some kind of giant machinery. Intertwined with the pipe system and seemingly stretching far beyond this simple chamber, it likely fills nooks and crannies throughout the tower. An endless row of voltwalkers clatter over plates charging electromagnetic boxes, switching their polarity to drive an array of pistons before disappearing back into the darkness of the pipes.