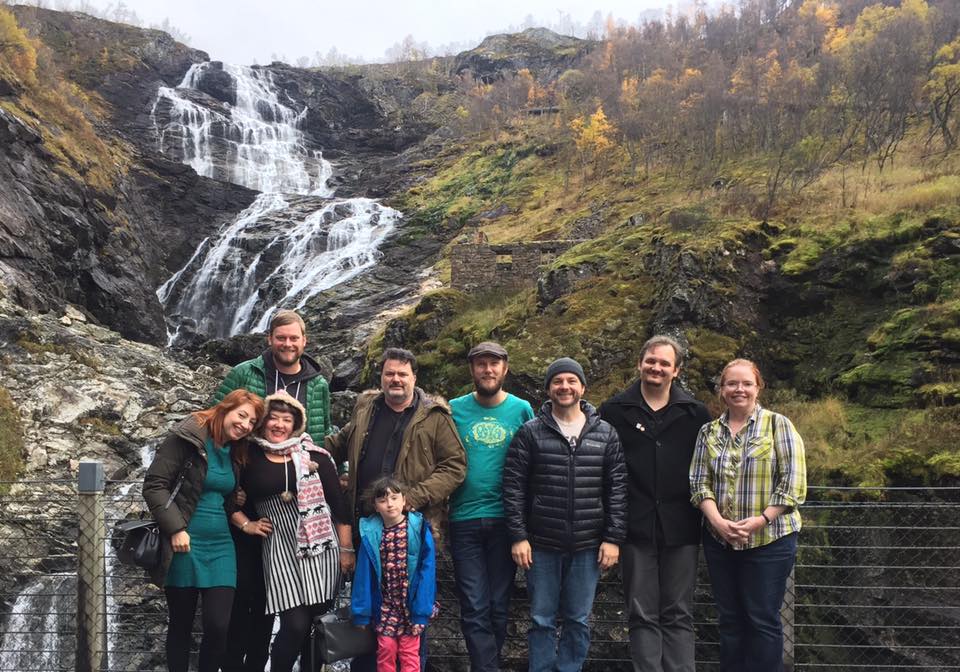 Not all gaming events take place in big crowded cities, with flashing lights all over the place and huge venues. As its website states, we’re still not totally sure if our annual and beloved Konsoll is a gamedev conference or a festival… But there’s one thing we’re totally positive about: We are proud of the hard work and the dedication that, year after year, bring to Bergen great names of the games industry willing to share their wisdom and experience.

The program this year, in Konsoll’s fourth edition (October 20-21), was truly astounding. To mention only a few among many great talks, we had Disasterpeace and Peter Curry, and that little marvel called Mini Metro; Emmy Jonassen, indie marketing expert, taught us how to “look beyond gamers” for our Steam release, and our sound magician Martin Kvale talked about “dissecting sound design”. Last day, Tim Schafer and James Portnow put the icing on the cake with “Approaching storytelling in games without fear”. You can check the complete program, including all the talks and workshops, here. Also, keep an eye on the YouTube channel for upcoming recordings.

The ties that bind Rain Games with Konsoll are tight: Our artist and lead animator Aslak Helgesen is part of the organization. Our offices at Bergen Game Collective had the honor to be visited by several of the speakers early on Wednesday, before the event started. Tim Schafer played World to the West and got instantly charmed by the art style and the level of polishing of the game. Also, he tried other secret projects we keep up our sleeve… 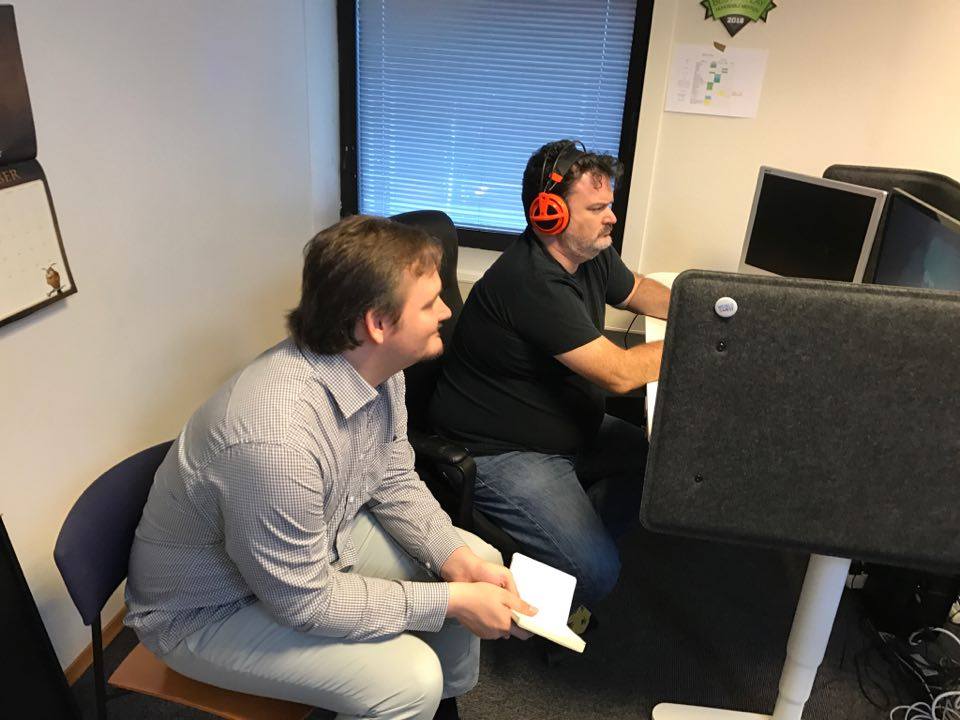 Greg Rice and Lee Petty from Double Fine tried out the games too, while Anna Kipnis had a long talk with our writer Marte. Of course, the Nintendo Switch announcement on Thursday was a lucky coincidence: This massive group of gaming-related people gathered together, sharing their impressions and predictions on the new console, was a nurturing experience. Everyone was at the office again on Friday for an after party, and of course the traditional playing of Mafia in our meeting room with some assorted guests and students.

Not everything was about work and gamedev discussions. Our guests had the usual trip through the fjords and engaged with our natural environment. Apparently, they ended up so delighted that the Norwegian spirit possessed some of them like this:

So… we could be all day remembering little stories of these awesome days, but we’d rather show you some pictures and videos instead. Better than words, they say!

All right, it’s time to get @konsoll started! Getting ready to hear the opening pep talk from the awesome @lisov in this cool theater! pic.twitter.com/OxmtmtFQrP — TimOfLegend (@TimOfLegend) 20 de octubre de 2016

Finally, a bonus treat for you: prior to the event, our CEO Peter hosted this #Gamebrary talk with Double Fine at Bergen Public Library. Enjoy!