Wow are we proud to be working with the creators of Girl Genius on an action adventure game! It’s a kickstarter, though. So we are hoping that this is something our and their fans want us to do!

Follow the link to the kickstarter to find out a ton more:
Girl Genius Kickstarter Link 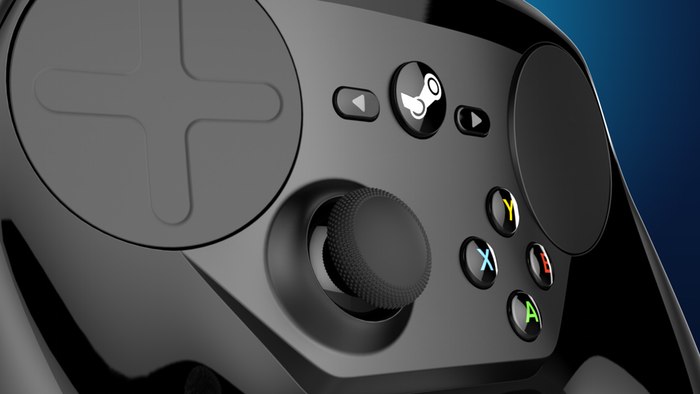 Due to our insistence on providing Linux support, Teslagrad is part of the selection of Steam games that work natively on SteamOS, Steam controller settings included!

ThatVideogameBlog.com has taken notice, and named Teslagrad one of the top 30 SteamOS games: 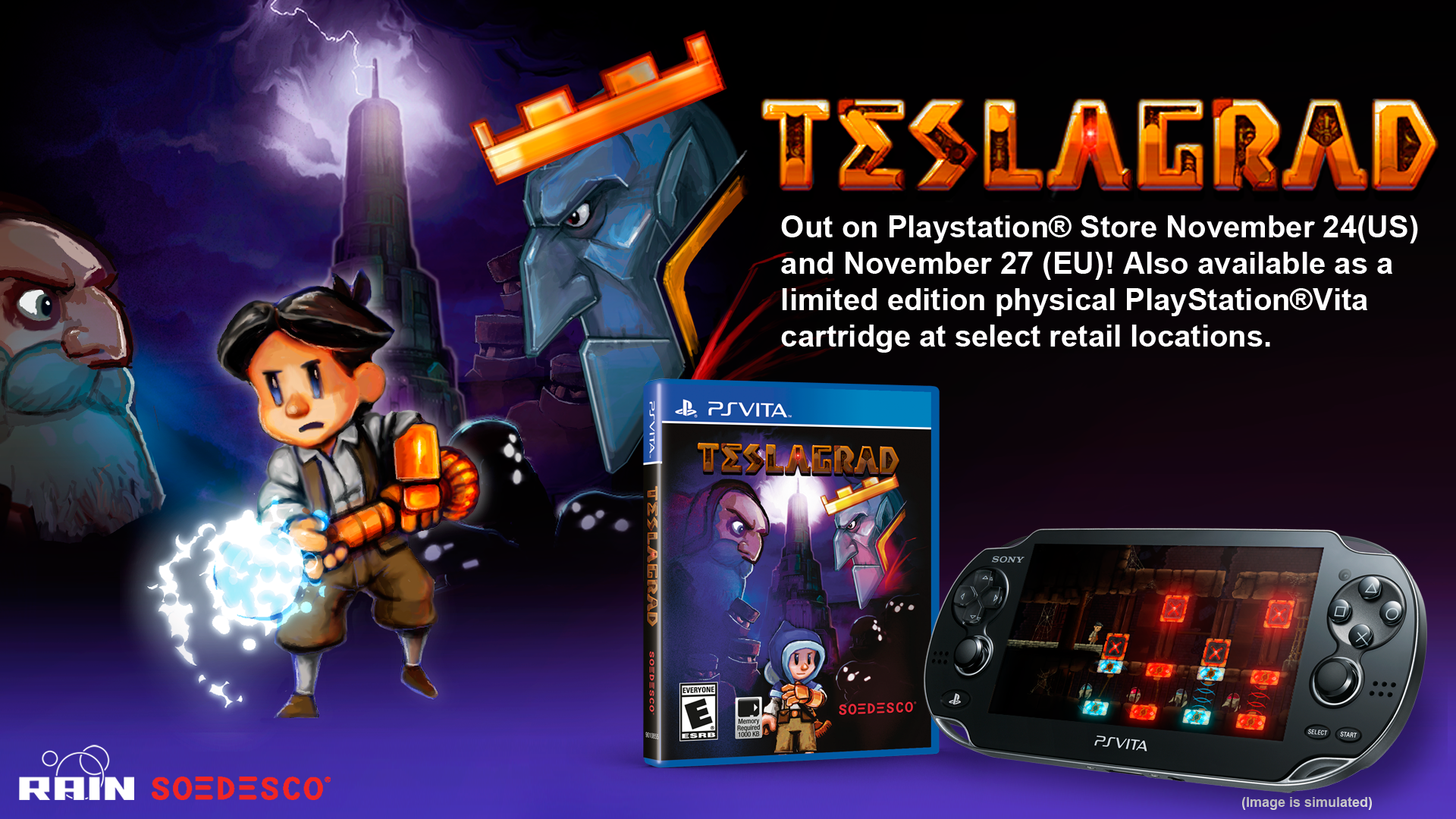 We’re happy to announce that the release date for the digital edition is November 24 (US) and November 27(EU), with the release of the physical editions most likely matching that. Also, we can finally confirm that crossbuy (download versions only) will be activated between ps platforms with the arrival of the Vita version! 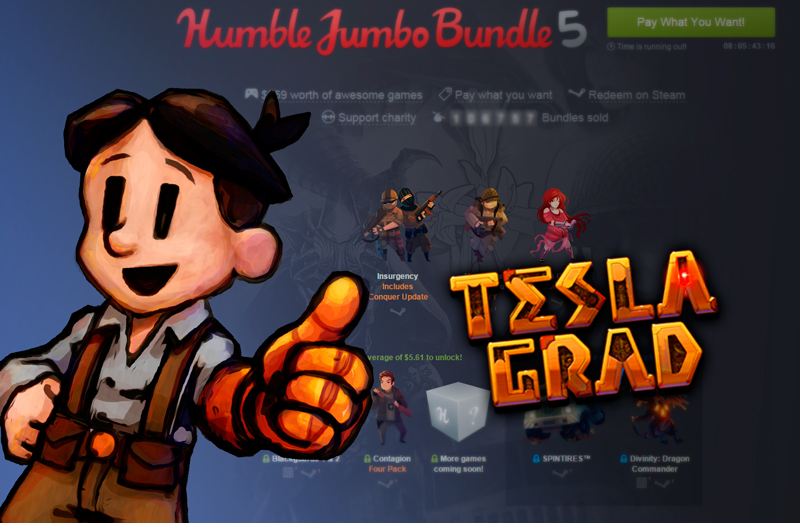 The nice folks over at Humble are adding a second round of games to the lastest Jumbo Bundle, and we’re pleased to say that Teslagrad is one of the new featured games!!

We’ve always wanted to see the Teslakid drawn as one of those tiny little humble bundle characters, so we’re pleased to show off this:

We’re joining an impressive bundle of titles like Spintires, Divinity: Dragon Commander, Insurgency, Men of War: Assault Squad GOTY, Abyss Odyssey(Two Pack!),Contagion(Four Pack!), Blackguards 1 & 2, Citizens of Earth, Euro Truck Simulator 2 and A Story About My Uncle, so there’s no reason not to head over to the main Humble Bundle site to check it out! 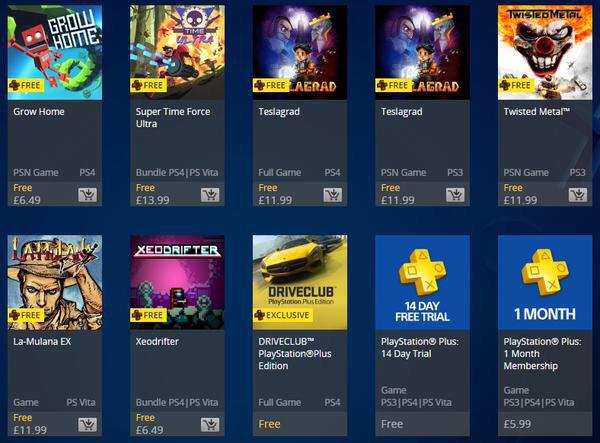 Teslagrad has the honor of being one of September’s free PS+ offerings, which means that PS+ members gets the PS3 and PS4 version as part of their Instant Game Collection! We hope this means that a lot of people who may not otherwise have played Teslagrad gets a chance to fall in love with it. Check out the rest of September’s PS+ offerings, including Xeodrifter, Super Time Force Ultra, La Mulana, Grow Home, Driveclub and Twisted Metal! 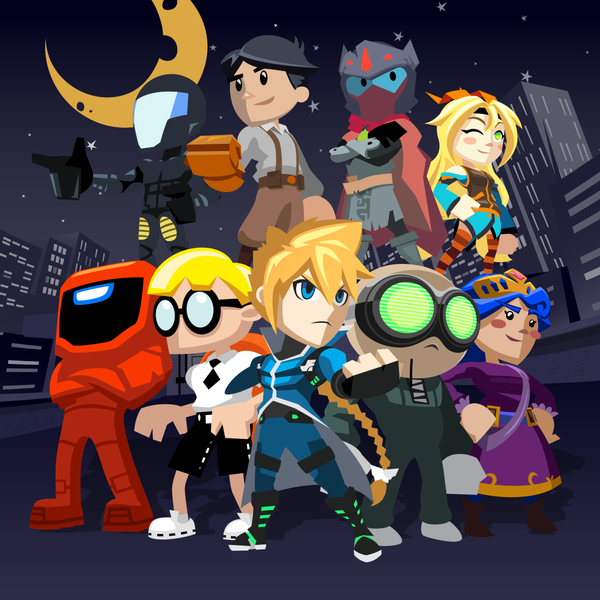 Congrats to our friends at 13AM games on the US launch of Runbow, an amazing 9-player multiplayer platforming racer!
Our Teslamancer kid is one of several “nindie” (that’s nintendo+indie) guest characters, standing shoulder to shoulder with Shovel Knight, Juan & Tostada from Guacamelee, Gunvolt, Hyper Light Drifter, Max from Mutant Mudds, and a score of others, which makes us super happy.

The game is getting insanely good reviews everywher (mostly in the 9-9.5/10 range!!) so go pick it up today if you can!

It’ll be out in Europe as well sometime in September. 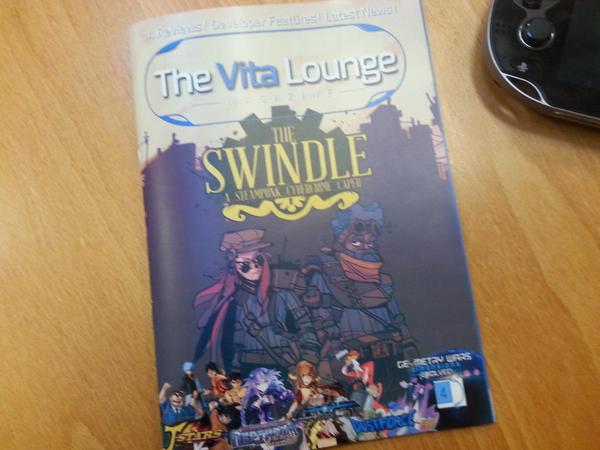 the nice folks of Vita Lounge magazine have written an article about us in their latest issue! check it out digitally here: Vita Lounge Magazine #4

or give them a look on patreon to get a physical copy or simply show your support! 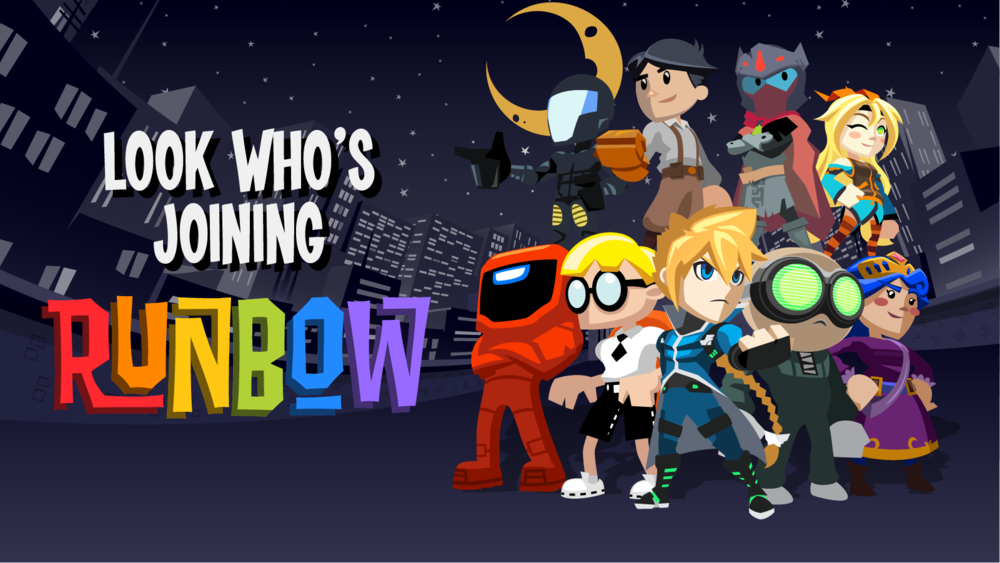 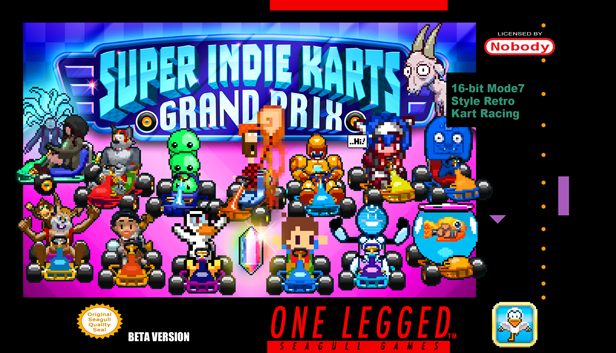 It’s been a while since our last update, but that’s because we’ve kept busy!

The Last Teslamancer, (aka “the teslagrad kid”) has taken some time off from us for the summer and so, he’s appearing in the roster of two really excellent ensemble indie games!

first out we have the platforming racer Runbow For Wii U, which has the distinction of being the first ever 9 player (!) local multiplayer game ever made and features an impressive roster of nindie characters such as Shovel Knight, Juan & Tostada of Guacamelee fame, Shovel Knight, Rusty from SteamWorld Dig, Swift Thornebrooke (Sportsball), Scram Kitty (Scram Kitty and his Buddy on Rails), Bit.Trip’s CommanderVideo & CommandgirlVideo, Gunvolt from Azure Striker Gunvolt, Clone from Stealth Inc, ARID from The Fall, Xeodrifter from Xeodrifter, Princess from Chariot, Max from Mutant Mudds, Drifter from Hyper Light Drifter, and Unity Chan (Unity Japan’s mascot character) alongside the Teslagrad kid. phew!

check out the trailer, and be sure to follow developers @13amgames on twitter and on their homepage!

We’re also joining Super Indie Karts GP, a supremely fun kart racer courrently in early access on PC and Ouya (and who knows where else it might pop up down the line!).

We even get our very own Teslagrad-themed race track, as you can see in this trailer!

It’s a supremely fun game, so we really recommend checking it out on steam!

official site/dev blog: superindiekarts.com and one legged seagull on twitter

Teslagrad is already out for PS3 and PS4 in Japan courtesy of our friends at Square Enix, but we’re happy to say that thanks to Unity Japan and Kakehashi games, We’ve also been able to release it on Wii U overseas! It feels great to see it sitting on the eShop landing page next to huge titles like Xenoblade X! 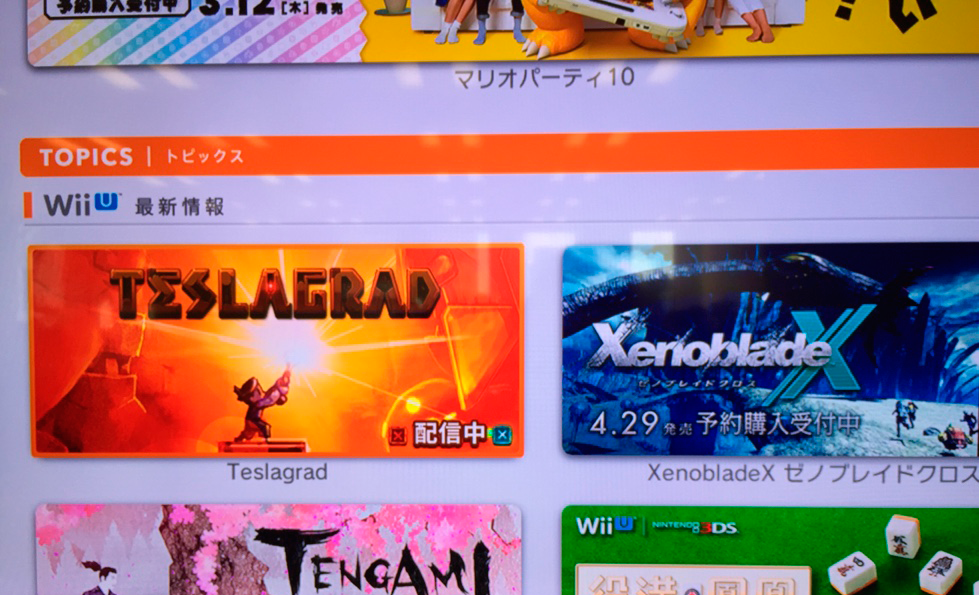 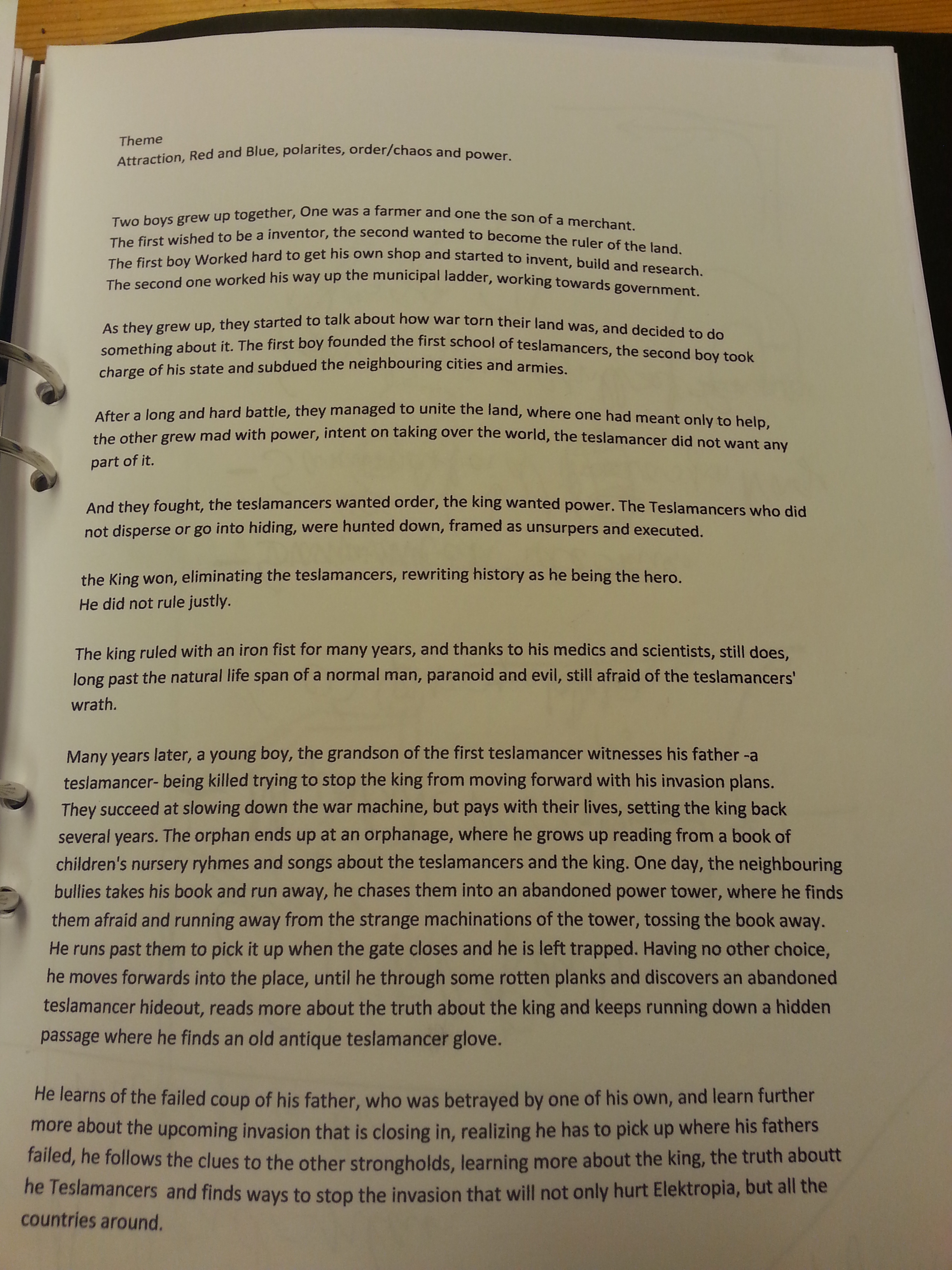 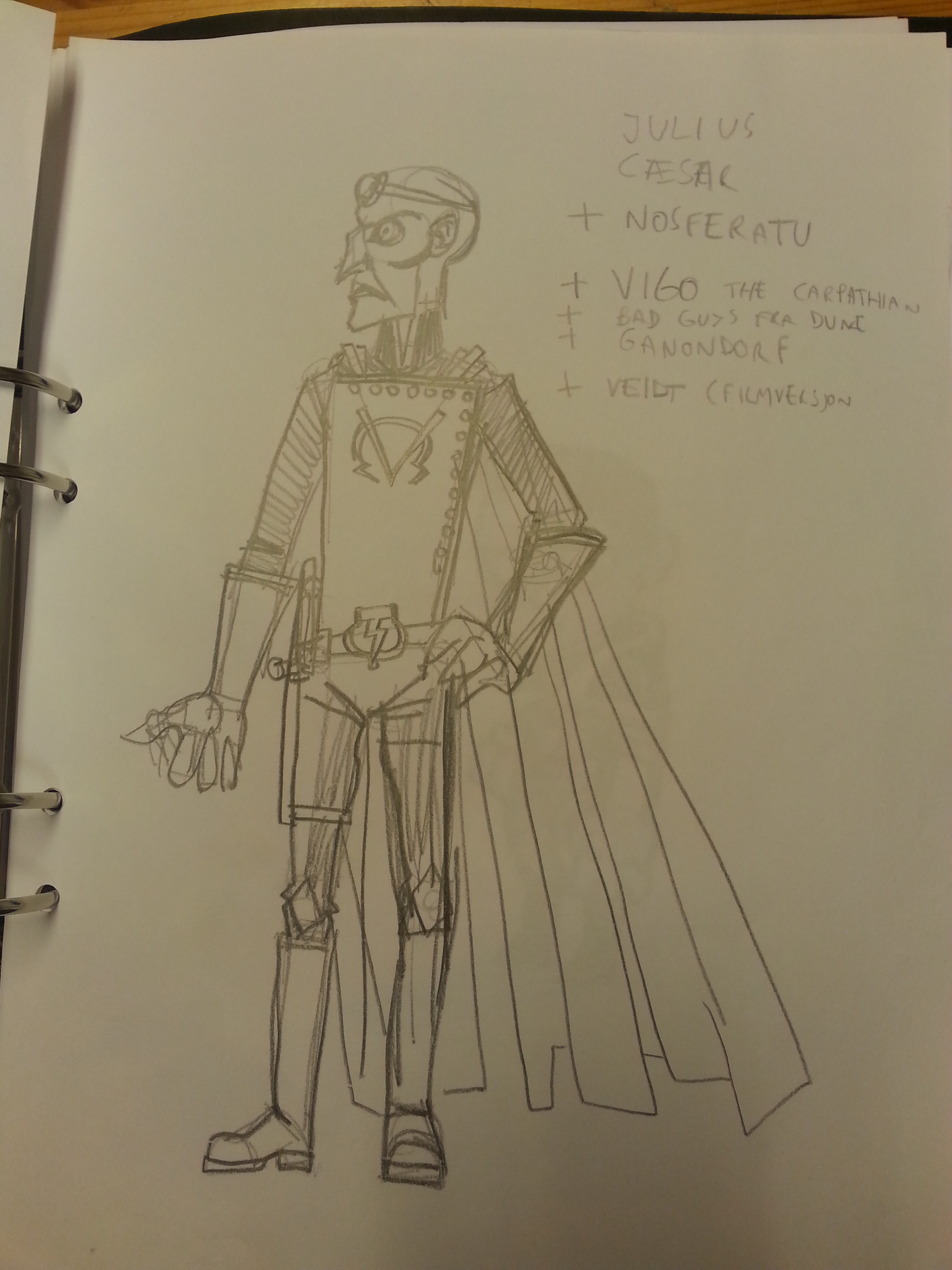