Rain Games AS is a Norwegian independent video game developer forged from a cooperative community of local artists and programmers. Our team is diverse in both talents and interests, but we share a common goal: To create games that are fun and challenging. In 2013 we released Teslagrad, is a 2D puzzle platformer that has sold over 2 million copies worldwide.

Our second title was World to the West, an action-adventure game that takes place in the same world as Teslagrad, with four all-new characters thrust into a mysterious quest.

Our most recent title is Mesmer. A unique social survival game where every encounter matters. As a revolution leader, influence people and factions into following your cause, while keeping yourself out of the spotlight of the secret police. The stakes are high, and the dangers are many. But there is hope yet.

Right now Rain games are having two teams that are working on new and exciting projects. Teslagrad 2 and Girl Genius –  Adventures in castle Heterodyne 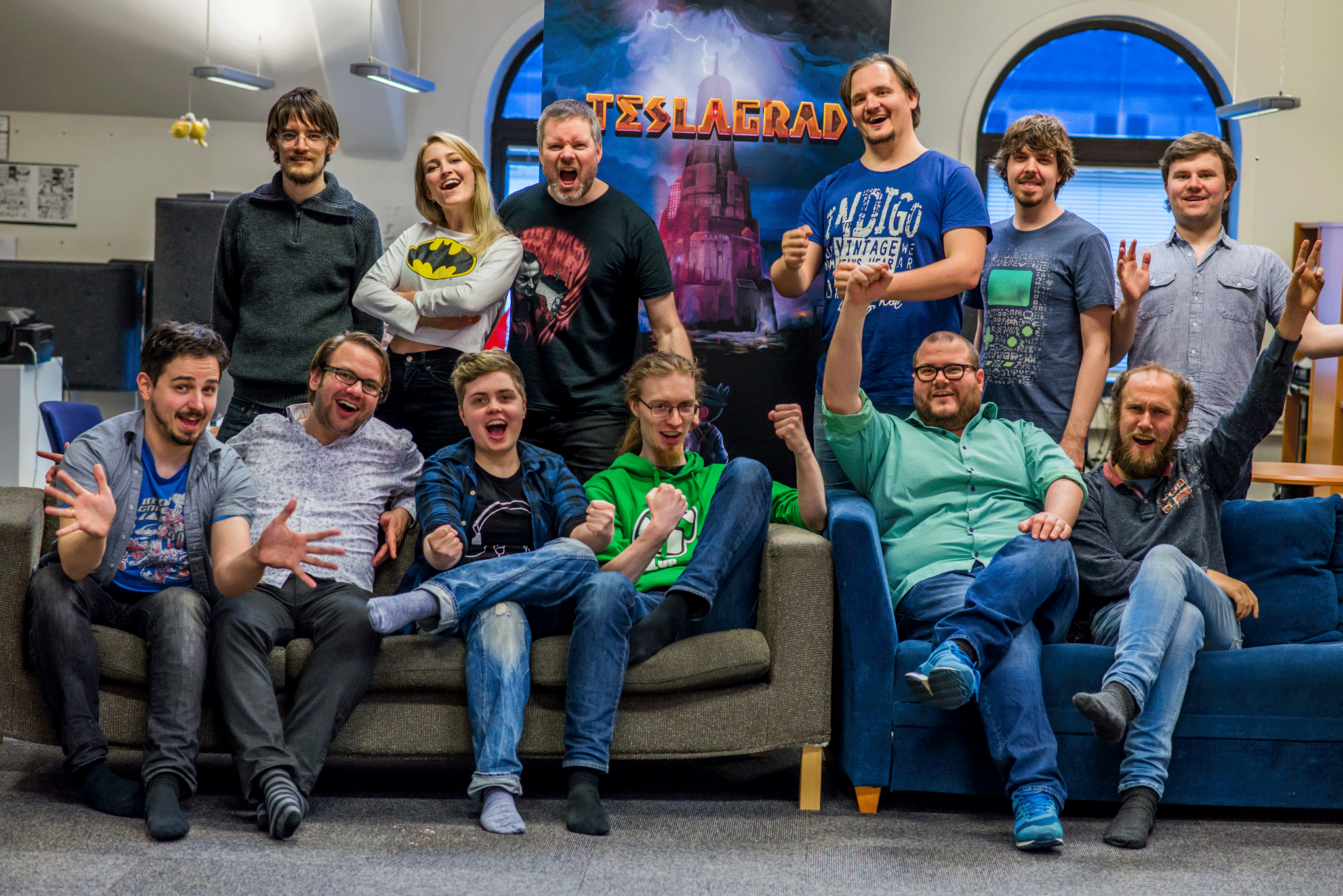 The first game we worked on was our yet unreleased Minute Mayhem. The game was rather simple, but we built an entire world for it containing four nations. Each of those countries featured elements of the European nations at different times in their history, and possessed a Steampunk Science unique to them. Working on the project we came to focus on the past of one of these nations in particular: Elektropia. This was the nation that embodied Eastern Europe and the Nordics, and their science comprised Electricity and Magnetism in all its awesomeness. One inspired evening the team sat down and wrote the base concepts for a platformer set in the history of this nation, more concretely on the city of Teslagrad. By this time all we had for a game studio was a part of a desk we rented at an Art collective, on an old and really poorly isolated building (coinciding with the harshest winter in Norway for quite a while). Crows were cracking shells on the frozen seawater outdoors, and we had to buy candles to try and help getting the office to a livable temperature. Working parallel on the new game Teslagrad and Minute Mayhem, we got some funding for Teslagrad in February 2011. This led to us focusing on Teslagrad full time, and move on to a better place where to carry on developing our games.